All-encompassing. If there’s one word (okay, two words) I had to use to describe my recent trip to Greece, it would be that. With roughly 10 days in the land of olive oil, feta, and blue hues, I was initially worried that it wouldn’t be enough time to see all the things I had planned, but the trip ended up being everything I had dreamed of and more. Typically when you go on trips, one aspect really stands out from the rest, such as a place having amazing sights to see, or extensive culture and history,  or really great food. But Greece had. it. all.

I’ve only been back for a little over 2 weeks now,  but as I’m typing on my laptop in this moment, I can still feel the salty sea breeze against my face, the multiple food comas from eating dozens of gyros and seafood pastas, and the sense of awe from being surrounded by millions of years of history. For a country that looks tiny on a map, boy did it feel like a limitless expanse of landscapes, mountains, sun, culture, and water.

For our trip, we decided to go to 3 major locations in Greece:

Looking back on it now, I could not have been any happier with this itinerary in terms of locations we picked and in that specific order, and the amount of time we allotted for each. For those wondering and planning your own trip to Greece in the future, we spent 2 nights in Athens and Corinth, 3 nights in Santorini, and 4 nights in Crete, which I found to be absolutely perfect in giving us enough time at each place without feeling rushed. We were able to experience a great taste of the busy city life and historical sites in Athens and Corinth, then switch to full-on relaxation mode on the beautiful cliffs and blue seas of Santorini, and to end it all off, adventure through the endless vineyards and beaches of Crete island.

Pro tip: When you’re travelling between Athens and the islands, the best form of transportation is by plane. Unless you really love boats, book the plane. Just do it. For comparison, our flight from Athens to Santorini was only 35 minutes, versus the ferry which takes 6-7 hours and is not much cheaper than a flight.

When people come to Greece, most tend to skip out on the capital city and head straight for the popular islands of Mykonos and Santorini and I never understood why. You usually have to be at the Athens international airport anyways for the flight connection, so why not take a day or two to explore the birthplace of modern art, philosophy, and culture?

We only had two and a half days in Athens and wanted to make the most of it, so right when we landed in Athens, we went to our hotel to rest for an hour or two and then headed straight to the Acropolis and spent the rest of the day walking around this monumental landmark.

But before I get into all that, let’s rewind back to the initial moment when we landed in Athens International Airport (ATH). On top of having a very delayed flight starting at the airport in Toronto, we also had a pretty tight connection in Venice, Italy where we actually had to run like the wind across the airport and had to go through customs “express”-style, and by some kind of miracle, we somehow made our flight to Athens. BUT. When we landed in Athens, we were informed that our luggage didn’t make the tight connection and was lost somewhere in Venice, and wouldn’t make it back to Greece for at least a good 2 days. 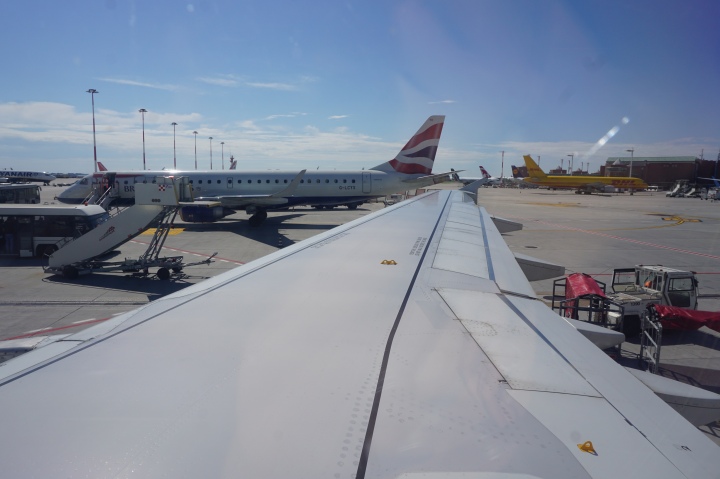 I have to admit, this completely avoidable hiccup was indeed my fault as I was the one in charge of booking our flights and didn’t think twice about our short 1 hour connection in Venice (a small PSA to all my fellow travellers -don’t book a trip with a 1 hour connection, even if it seems more convenient when planning, just don’t do it!!).

But there we were, starting our trip off missing a lot of our necessities, like toiletries, change of clothes, adapters, etc. At first, my family and I were pretty distraught from this turn of events and were standing in the airport not knowing what to do, but we decided in the end to push through and go to our hotel anyways to drop off whatever things we had on us. I also should mention, the staff at the lost luggage desk at ATH airport were the absolute best and most helpful people. They genuinely shared our concern and did everything in their power to track down our luggage and took down our contact and hotel information so they could send our luggage there when it arrived.

So with that, we headed back to our hotel, luggage-less, but decided that we wouldn’t let the incident ruin our day. It was only late afternoon when we arrived and we wanted to check out the Acropolis before the day ended. And here is a big lesson I’ve learned through this all: when packing your carry-on bag, PACK SMART. Our luggage didn’t end up coming for 2 days, but we were able to still have a pleasant time in Athens because we made sure to pack some important things into our carry-on that we brought with us onto the plane, such as all the chargers to our devices, cameras/laptops, cash, and basic toiletries like face wash/wipes. If you’re missing some essentials, don’t be afraid to ask your hotel if they have any to spare!

For example, none of us had any adapters or toothpaste/toothbrushes on us since they were packed away in our luggage, but we asked the hotel services and they were kindly able to provide some for us free of charge. So the next time you’re packing your carry-on bag for an upcoming trip, consider the possible scenario that all your luggage may get lost and ask yourself what basic necessities you would want to have in your carry-on bag if that happens.

And Lesson no. 2: don’t let unexpected events stop you from enjoying and fully experiencing the rest of your trip! While not having our luggage with us for the majority of our time in Athens was an inconvenience, it actually ended up being a fun experience trying to be resourceful with the belongings that we did have with us, like stretching out the clothes we wore on the plane for several days and learning how to share one adapter amongst 4 people all with devices. And I also can’t forget the joy that lit up on all of our faces when our luggage finally arrived at our hotel -imagine what a child’s face looks like walking into an ice cream store.

With these lessons learned, we were able to have the best, most enjoyable time in Athens for the days that we were there. Here’s an array of photos that managed to be captured in those crazy few days and hopefully, they can transport you to the time we had in the vast capital city of Greece. 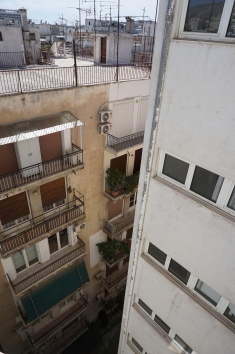 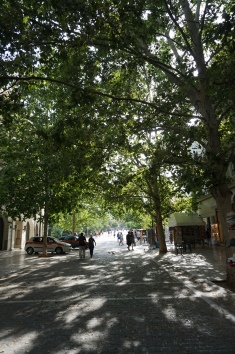 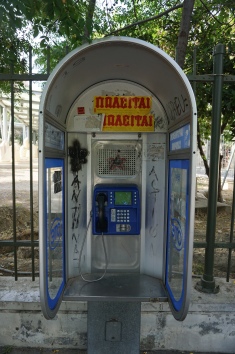 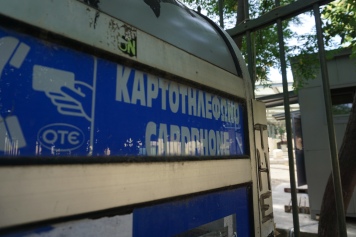 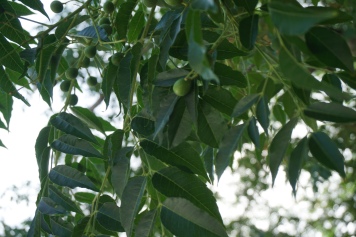 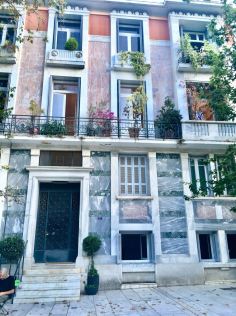 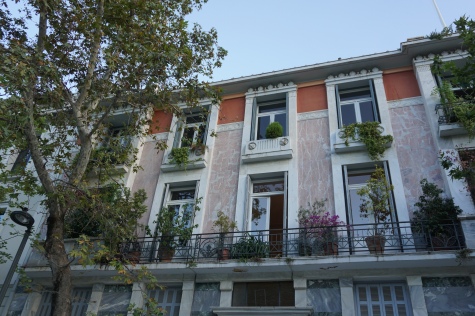 Our first looks at the streets of Athens. And yes, olive trees will be a common theme for the rest of these trip photos (every corner you turn, you can be sure to find an olive tree). 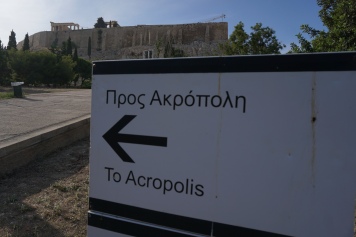 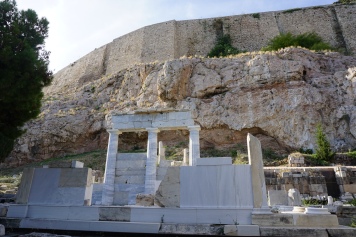 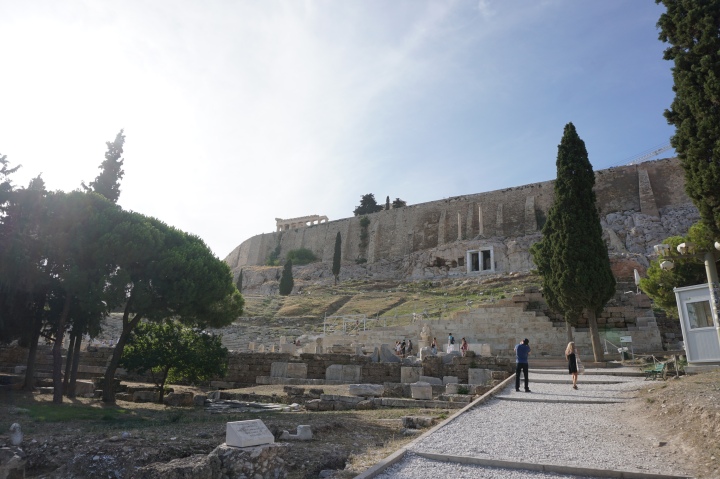 These photos document our time at the Acropolis, which many see as a tourist trap, but being completely fascinated by the saturation of history, culture, theater, and architecture all in one location, I genuinely loved every second of it.

Because of the time that our flight arrived, we ended up getting to the Acropolis around 5pm which actually worked out great because for one, we were able to stay relatively cool since the sun wasn’t blazing down on us at this time of the day and second, because we went in the late afternoon, we managed to avoid most of the touristy crowds who usually swarm the area in the morning. This made for a great, quiet experience where we were able to take in all that the Acropolis had to offer sans crowds (Note that there is an entrance fee of about 20 euros/person to get through to the site). 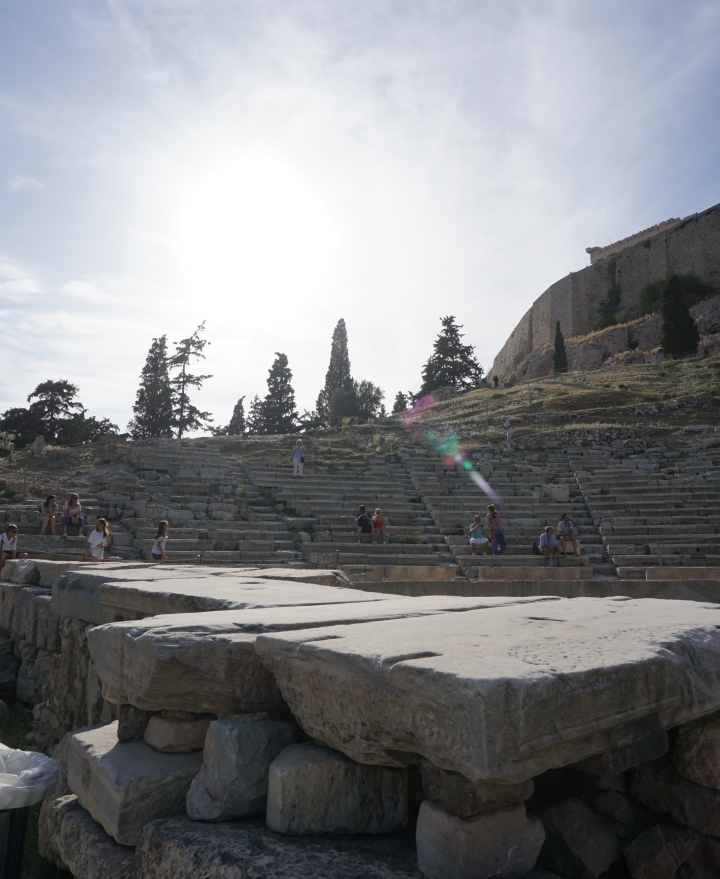 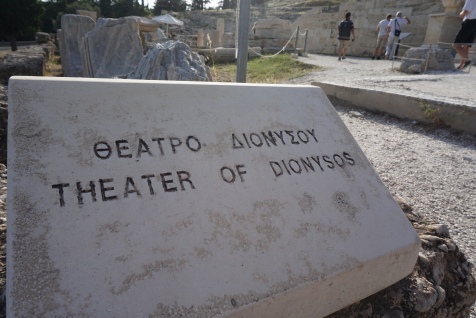 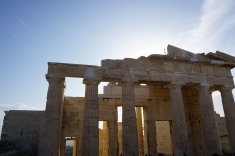 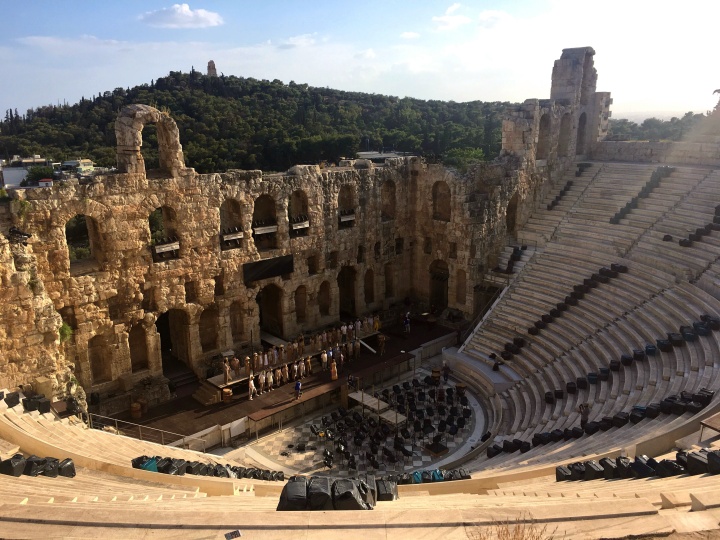 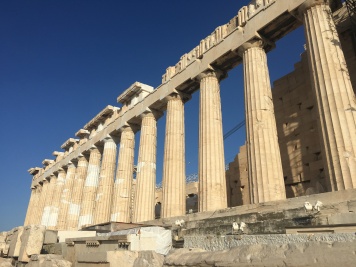 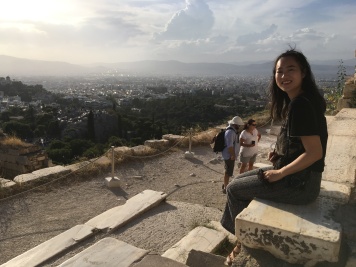 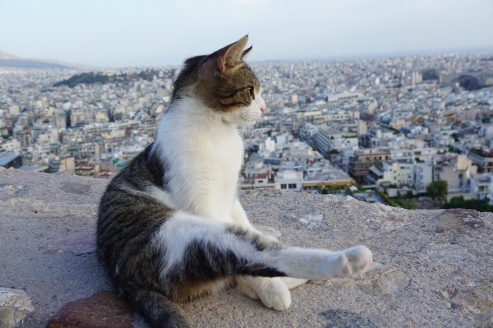 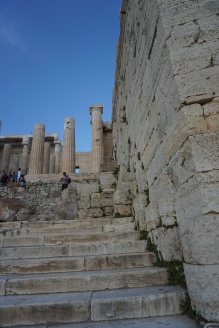 Just like olive trees, stray cats and dogs will also make a frequent appearance in these photos as I’m pretty sure there are more cats and dogs walking around on the streets of Greece than people. 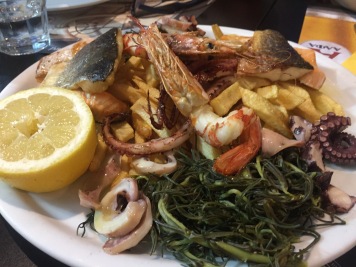 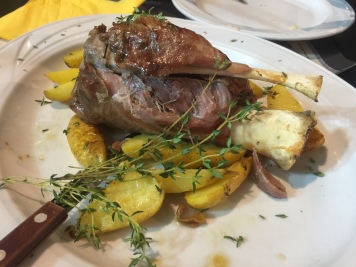 I couldn’t end my first Greece post without sneaking in some photos of the food! After spending a few hours walking through the Acropolis and having not eaten anything since we landed from the plane, we were ravenous and decided to walk through the streets right beside the Acropolis, which were filled with several small shops, gelato stops, and quaint restaurants. I have no words to say, except that it all was quite possibly some of the best food I’ve ever eaten?

I could probably write up an extensive, separate post just expressing my awe and contentment of  all the Greek food we had during the trip, but alas, I decided to exercise some self-control. Pictured above is a seafood platter (fish, octopus, calamari, and shrimp) with some kind of Greek vegetable that I can’t remember the name of but was incredible, and a slow-cooked lamb shank with oregano and thyme. If reading that last sentence didn’t just make you drool, I don’t know what will..!

I didn’t take any photos for the remainder of our time in Athens, but we spent it walking through the local streets, eating all the food, and visiting the Byzantine Museum where we learned about the transformative religious history of Greece. 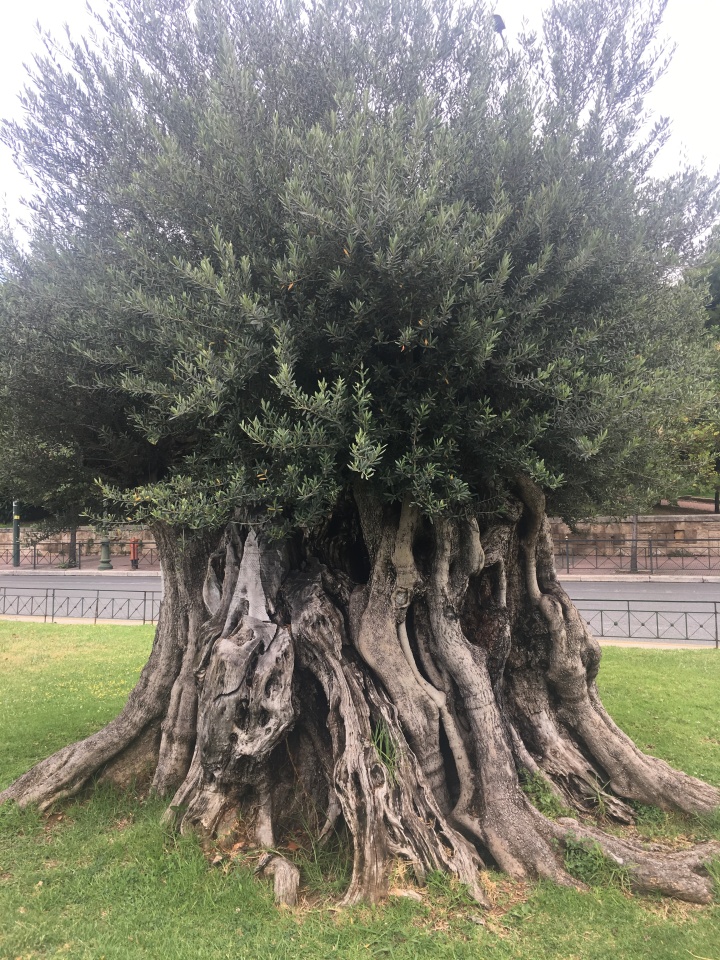 Oh, I lied, here is one picture I took on our last day there haha. It’s the oldest olive tree in all of Athens, dating around 4000 years old! Can you just imagine all the events and things this tree must have gone through in its life so far. 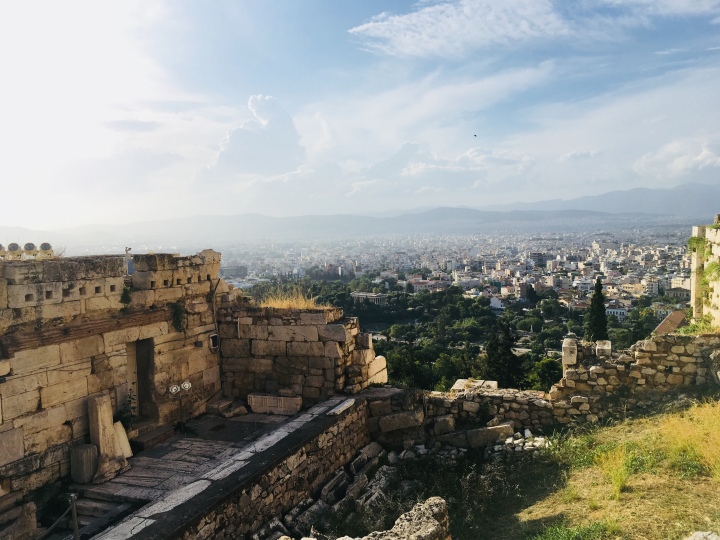 Before we headed for the Greek islands, we had to make one more stop to a city close-by to Athens, and personally the city that I was most excited to visit out of them all – Corinth. Keep a heads-up for my next post bringing you along on our 1 day trip to this beautiful ancient city!

This site uses Akismet to reduce spam. Learn how your comment data is processed.